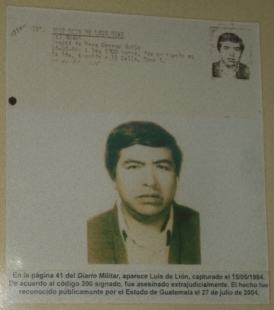 I like this little poem by Luis de Lión. Quite a bit, actually. Why? And is it even a poem, per se?

Matthew Zapruder, in his very readable book Why Poetry, maintains that the important question is less “is this a poem?” than “what makes something poetic?” I can dig it–personally, I usually find questions less interesting than the meta-question “How could I know the answer, one way or the other?”

One of his answers is that poeticalness (not sure that’s a word, but spell-correct isn’t hating it) comes from doing the unexpected with language; that when you experience something as poetic, per se, you are reacting to that unexpectedness.

One of the primary sources of that unexpectedness is the combination of words that you would not normally expect to go together. A favorite example, from Daniela Gîfu’s Ianuar:

Hope being wrathful? Wrath that is angelic? Completely unexpected–and my favorite lines of the poem.

The unexpectedness of the language of a poem does not have to come from its vocabulary; unexpected mixes of style can do it, as well. And that’s how I read de Lión’s poem. When you start out with this very artistic language:

…which very much reminds me of Shakespeare’s Sonnet 130:

…and with the poem’s self-consciously (to me, at any rate) poetic beginning, the last thing I would expect is the very spoken-language line that follows:

There is a soft spot in my heart for poets who kick ass. Not in the sense of poètes qui déchirent, who are good poets, but in the sense of poets who will be violent when that is what is required to protect good and defeat evil. Henry Reed, Guillaume Apollinaire, Randall Jarrell, … You’ve read all of their poetry here. Luis de Léon was such a man. From Wikipedia:

Being of Kaqchikel origin, he belonged to an ethnic group that was subject to horrible depradations by the government and by right-wing civilian militia groups. The a priori vulnerability of being Kaqchikel did not stop him from acting. I haven’t come across any evidence–or even the suggestion–that de Lión ever took up arms. (I did read the Spanish-language Wikipedia entry on him, and found nothing there.) I suggest that he did something more courageous: unarmed, he very openly opposed a murderous dictatorship. Wikipedia again:

This was during the brutal Guatemalan civil war of 1960-1996. (Your dates may vary.) From Wikipedia:

That left plenty of time for torture, but that is not something that we are likely to know about, one way or the other. You will find this brave man’s picture at the top of this post.

These are dark times in the United States. I can usually stop complaining about my problems by reminding myself that they are, after all, First World Problems. I couldn’t get the lane that I wanted at the rifle range; I can’t get my new iPhone to pair with my car’s audio system; ammunition rations are down to three boxes a day again. Now, for the first time in my life, I have real problems. Third World Problems. My country is being ravaged by a disease due to gross presidential incompetence. Worse: a mob just attacked one of the three branches of the national government; the battle flag of the secessionist forces from our very own Civil War was paraded–for the first time ever–in our Capitol building. The attack was encouraged by our very own president, who did not condemn it until it was defeated and the Capitol retaken. It is said that he watched, hopefully, while the attack was happening. I wasn’t there, nor do I know anyone who was; unfortunately, that behavior would be pretty consistent with everything that we have seen from him over the course of the past four years.

Unlike the current president (until noon tomorrow as I write this), I served in the US military. My enlistment contract had an expiration date; my oath of enlistment–to protect the Constitution of the United States of America, from enemies both foreign and domestic–did not. I have my responsibilities. Luis de Lión had his, and I suspect that they required more courage than mine do. Yours might not be the same as either of ours–but, I encourage you to figure out what they are. And to fulfill them.

4 thoughts on “Luis de Lión’s “El enfermo,” and our responsibilities”