I spent most of the 1980s in the US Navy.  The music that we were listening to in those days: Pat Benatar, Joan Jett, REO Speedwagon.  But, the classics, too: In the Navy, Navy Blue… ay, matey, there’s the rub. 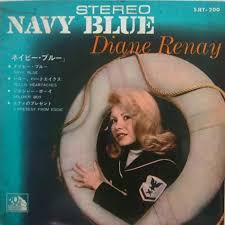 There’s this thing called word sense ambiguity.  A “word sense” is a meaning, and many words have more than one; “word sense ambiguity” is the case of a word in context (as opposed to in the “lexicon,” or “mental dictionary”) having more than one possible sense.  In practice, a word in context has as many possible senses as there are for that word in the lexicon, so: many words are always going to be ambiguous.

Does that mean that it’s not possible to recover the correct sense?  Not at all.  In fact, humans are so good at “resolving” word sense ambiguity that we rarely notice that it’s there, even though we experience it almost constantly.  For computers, though–that’s a different story.  Word sense ambiguity is a problem for any computer program that tries to do things with language.  What to do?  Well, mostly, people try to get their programs to take advantage of context in some way.

Some approaches to this problem, known as word sense disambiguation, take advantage of what’s known as the one sense per discourse hypothesis.  Said hypothesis postulates that in any given discussion, an ambiguous word will only have one of its meanings.  So, if you can figure out that in a given conversation the word bank refers to the land along the side of a river, then you don’t even have to consider the meaning place where you keep money for the conversation as a whole.  Figure it out one time, and you’re done for the remainder of that “discourse.”

I spent most of the 1980s in the US Navy.  The music that we were listening to in those days: Pat Benatar, Joan Jett, REO Speedwagon, Berlin.  But, the classics, too: In the Navy (Village People), Navy Blue (Diane Renay)… ay, matey, there’s the rub.  See, in the single song Navy Blue, there is a play on the word blue.

One discourse, two senses: a counter-example to the one sense per discourse hypothesis.

To be fair, I should point out that Gale et al. never claimed that the one sense per discourse hypothesis was an absolute–it’s more of a heuristic.  They reported it to be true 98% of the time or so–but, not always.  Still: I must point out the shameful lack of attention to Diane Renay’s #6 hit in their classic paper.  For shame, for shame, for shame.

Here’s a link to the song.  Scroll down for the full lyrics with explanations of some of the obscure military terminology and terms of romance, and don’t forget to buy a sailor a drink today–he’s serving his country, unlike, say, Donald Trump, Donald Trump Jr., Ivanka Trump, Eric Trump…