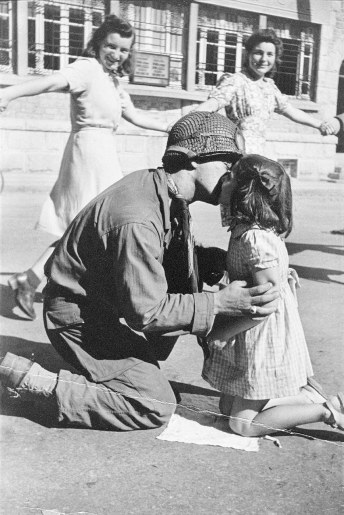 It’s the weekend of the celebration of the liberation of Paris from the Nazis.  I step out on my balcony for a cigarette, and I see a parade of old World War II military vehicles roll down l’Avenue de la Motte-Picquet.  When the American vehicles come, the onlookers cheer and clap.  The French vehicles go by unapplauded.

It’s August in Paris, when there is dancing on the banks of the Seine.  I walk up to a woman and ask her to dance.  She walks into my arms and asks Where are you from?  Later, I ask her how she knew so immediately that I wasn’t French–in France, asking a French person where they’re from is rude, although it’s (mostly) fine for non-French.  (More on this below, in the French notes.)  You hesitated a bit before a word, she said.  Then she thought for a moment more: …and you walked up to me with this directness and openness that I admire in Americans.

It’s my first time in France, and I don’t speak French. Someone is telling me where to find a specific hotel in Normandy, and says–in English, obviously–That’s where you saved our fucking asses–twice.

No, French people do not hate Americans.

In France, you do not ask a French person where they’re from (vous venez d’où ?).  It’s rude, because the implication is that you don’t really belong in French.  Rather, you ask What region are you from–vous venez de quelle région ?  Point of pride: when I first started spending time in France as a francophone, people would ask me So, you’re an American?  Then, they progressed to Where are you from?, or occasionally So, you’re British/Belgian/German/Suiss?  Now, after 5 years of constant and intensive study of the langue de Molière, I very, very occasionally get what region are you from?  Always warms my heart.

I notice that my mouth hurts.  Then I realize why: I’m thinking in French.

It’s no secret that speaking a language that you don’t typically speak can make your mouth hurt.  I speak Spanish for exactly one week a year, and it always makes my cheeks sore: the kinematics of Spanish are quite different from English and French (my languages of daily life), and the difference is enough to wear out my muscles.  If I haven’t spoken French much for a week or two, my lips get tired: the French u (International Phonetic Alphabet [y]) requires more rounding than any sound in English or Spanish.  But, Kaqchikel: Kaqchikel is giving me a sore throat.

I spend one week a year volunteering with a group called Surgicorps in Guatemala, a country the size of Tennessee–with 23-25 different languages.  70% of the population is “indígena,” which in these parts (see the English notes below for what in these parts means) means Mayan Indian.  There are 20-22 different Mayan languages spoken in Guatemala, plus Spanish and two other non-Mayan Indian languages.  Kaqchikel is one of the four mayoritarias, or “big” Mayan languages, being spoken by around half a million people; in preparation for my week of volunteer work I just spent several hours a day for the preceding two weeks studying it in a local language school.

Ejective consonants are produced by what is known as a glottalic airstream mechanism.  That means that the airflow is powered by closing the vocal folds (vocal chords in non-technical English).  In the case of a glottalic egressive consonant, you put your tongue wherever it goes to make the sound in question, you close your vocal folds, and then you lift your glottis upwards.  This increases the air pressure in the oral cavity, and when you open your mouth to release the sound, that elevated air pressure gives the consonant the characteristic ejective “pop.”

So… why the sore throat?  From clamping my vocal folds shut all day while I’m (trying to) speak Kaqchikel.  Mind you, I already (a) smoke way too much, and (b) spend a lot of my waking hours speaking French, so my voice is already so low that making myself heard by an American without shouting is sometimes difficult.

One week a year I head south to Guatemala, where I do English/Spanish interpretation for Surgicorps, a wonderful group of surgeons, nurses, anesthesiologists, technicians, and therapists who provide free specialty surgical services to people who would not otherwise have access to them.  We buy our own plane tickets and pay for our own hotel rooms.  A donation from you to Surgicorps goes to taking care of our patients, and even a little bit helps—$250 pays all of the surgical expenses for one patient, $25 pays for a pack of instruments, and $10 buys all of the pain-killers that we hand out in a week.  If you enjoy my posts from Guatemala, please consider a donation, large or small–just click here.

in these parts: in this geographical area.  I’m just going to give you one example, in the hopes that you will take the time to watch the very powerful video embedded in the tweet.

I work near Pine Bluff and she is right. the number of shootings and killings there are ridiculous. I applaud her 👏🏽👏🏽👏🏽 because Arkansas is full of racists Hicks and I can’t tell you have often the KKK still meets and regularly march in these parts with no reprecussions. https://t.co/Yr8HaGFQcF

How I used it in the post: I spend one week a year volunteering with a group called Surgicorps in Guatemala, a country the size of Tennessee–with 23-25 different languages.  70% of the population is “indígena,” which in these parts means Mayan Indian.  “In these parts” refers back to “Guatemala.” 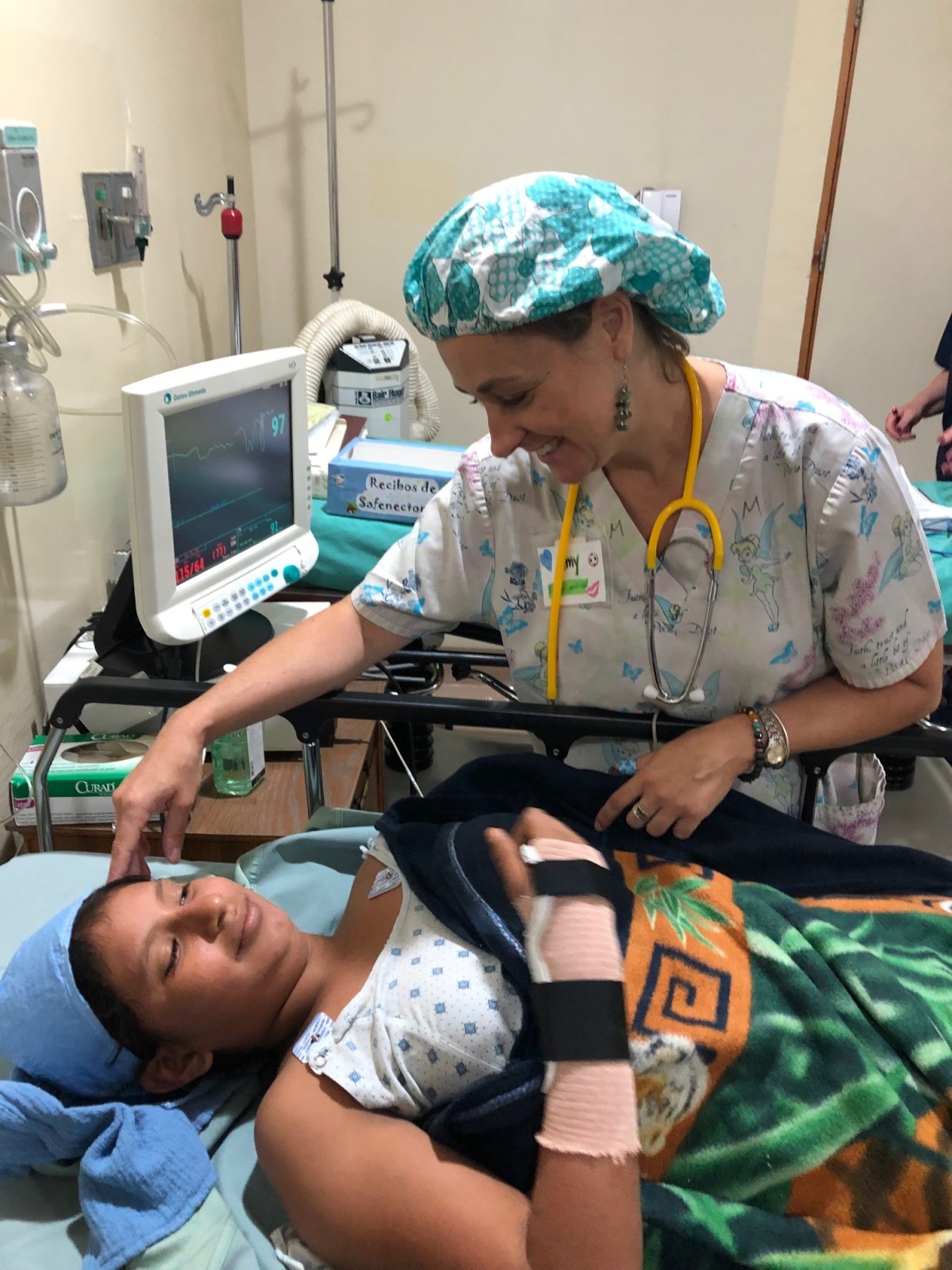 Once a year I spend a week in Guatemala with Surgicorps, a group of people who provide free surgery for people who have nowhere else to turn.  We give up a week of vacation and buy our own plane tickets, and the surgeons, nurses, anesthesiologists, and therapists in our group give away their very valuable professional services to people who they will never see again and who in most cases don’t even share a language in which to say “thank you.”  Please consider supporting our work with a donation.  $250 pays the complete costs of surgery for one patient, $100 pays for four surgical packs, and $10 pays for all of the pain medications that we will hand out this week.  If you enjoy these posts, please consider making a donation, no matter how small–your money will go a long way here in Guatemala.

The “613 pains” idea comes from the novel Everything is illuminated, by Jonathan Safran Foer, and its “613 sadnesses.”  The book tells the story of a young man who goes back to the Ukraine to find the woman who saved his grandfather from the Nazis; 613 is a special number in Judaism, being the number of commandments in the Bible.  The photograph is taken from the Surgicorps Facebook page.  Hey–have I hit you up for a donation yet?