“Just stick as many Ys in there as you can,” said my mentor–and if the question is how do you spell “homonymy,” then that’s the right answer. 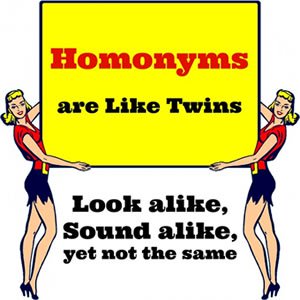 A cherished mentor had this word of advice for me on how to spell words like homonymy and metonymy:

Just stick as many Ys in there as you can.

I thought about him today as I put together this post about words that I confuse (or that confuse me–I’m never clear on what the underlying semantics of confuse are).  As you can see from my flash cards, I’m working on words that sound the same, but that are written differently.  What do you call those? homo = the same, and graph = writing, so these are homographs.

Now, we’ve been making an assumption about homophones (words that sound the same) and homographs (words that are written the same): we’ve been making the assumption that they mean different things.  How about words that sound the same and are written the same–so, they are homophones and homographs–but, they mean different things?  These are homonyms.  Some examples of homonyms in English:

Where do the Ys come in?  In spelling words like homonymy (the phenomenon of the existence of homonyms) and metonymy (referring to something by something that is associated with it, e.g. referring to the president’s administration as The White House).  Just stick as many Ys in there as you can, said my mentor–and if the question is how do you spell… then that’s the right answer.

I learn about 10 new words a day, except during the month of December, when I review everything that I learned in the previous year.  My French review chore of the day is to get straightened out on a few similar words.  Zipf’s Law being a fact of life–most words almost never occur, and yet they do occur, I actually ran into all of these in 2017.  They’re mostly words that sound the same, but are written differently–so, homographs, homophones, or homonyms?  I threw in some that just sound and look similar–paisible, passable, and passible–but, all of the rest are homophones.  Enjoy! 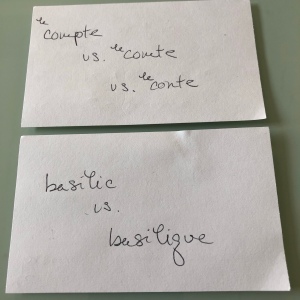 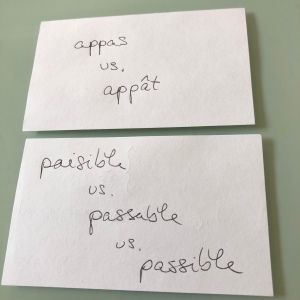 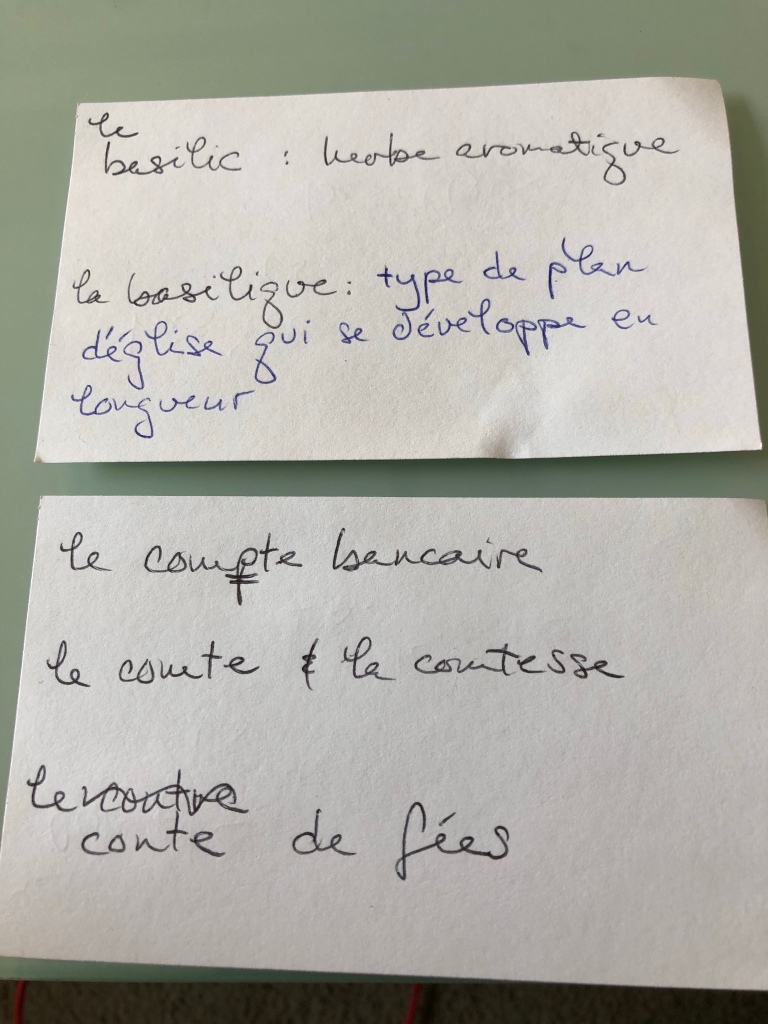