The phenomena are the same whether you’re talking about the two genders of French or the 20 genders of Shona: some things have to agree with nouns.  Does it really matter what we call them?  No, not really.

This is the kind of thing that linguists mean when they say that gender in languages with noun gender is arbitrary: malheur is masculine, peur is feminine; why?  No reason–it’s just one of those things that you have to memorize.  When a language has two genders, people will try endlessly to convince you that the specific noun genders in that language are as they should be (of course a tugboat (remorqueur) is masculine and booze (liqueur) is feminine, they might say); when a language has three genders (Bulgarian, German, Tamil) they don’t argue quite so loudly; get above 15 (Swahili: 18, Shona: 20), and you have trouble convincing those same people that they’re gender systems.  And yet: the phenomena are the same whether you’re talking about the two genders of French or the 20 genders of Shona: some things have to agree with nouns.  What classes do those nouns fall into?  Does it really matter what we call them?  No, not really.

The task of the day: memorize the gender of nouns ending with -eur.  Now, I know what the native speakers are going to tell me: It’s easy, Zipf.  If it’s a person, it’s masculine, and there’s a corresponding feminine form, which might end in -euse (chanteuse) or might not (doctoresse).  If it’s an abstract quality—peur, douleur, fureur-–then it’s feminine, except when it’s not, like bonheur and malheur.  Oh, and remorqueur is a tugboat, not a person, but it’s still masculine, plus fleur and sueur are not abstract qualities, but they’re feminine.  Yep: it’s arbitrary–you just have to memorize it.

I think you can figure out how these drills work.  Oh–native speakers might disagree about some of these, especially the two plurals couleurs, one for the flag and one for the darks in your laundry.  Native speakers, please feel free to chime in in the Comments section… 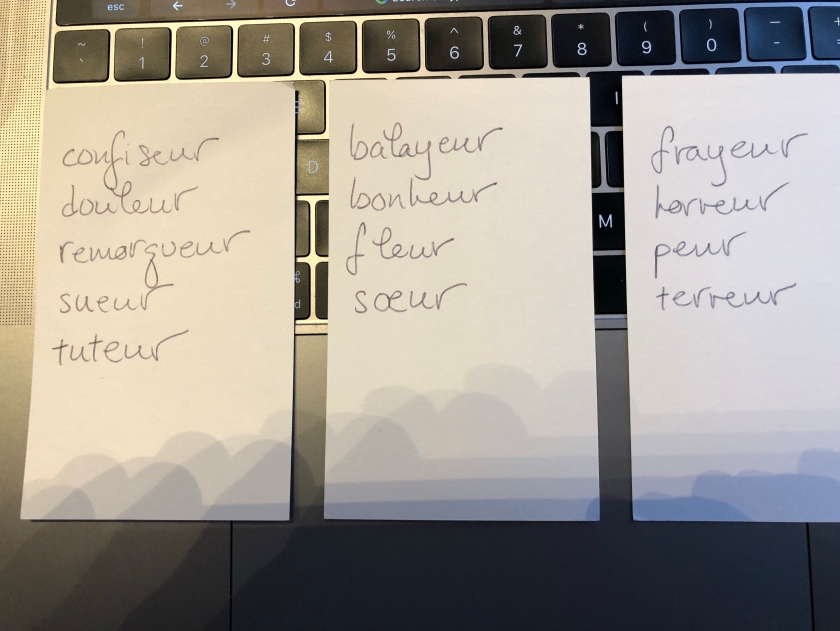 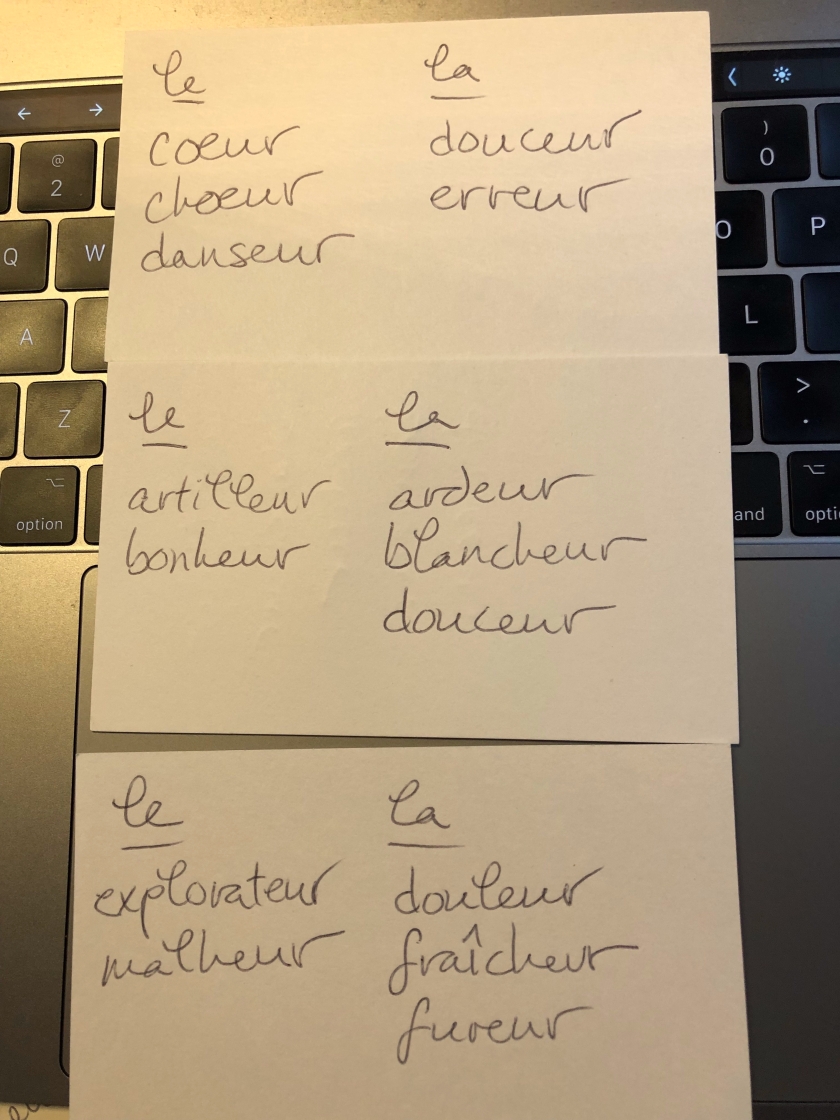 8 thoughts on “Check your gender at the door”