Expecting everyone in the file d’attente behind me to be groaning at my idiocy in not being prepared to pay, I dug out my wallet and started digging through it frantically.  “Relax, it’s Sunday,” said the nice lady behind the counter. 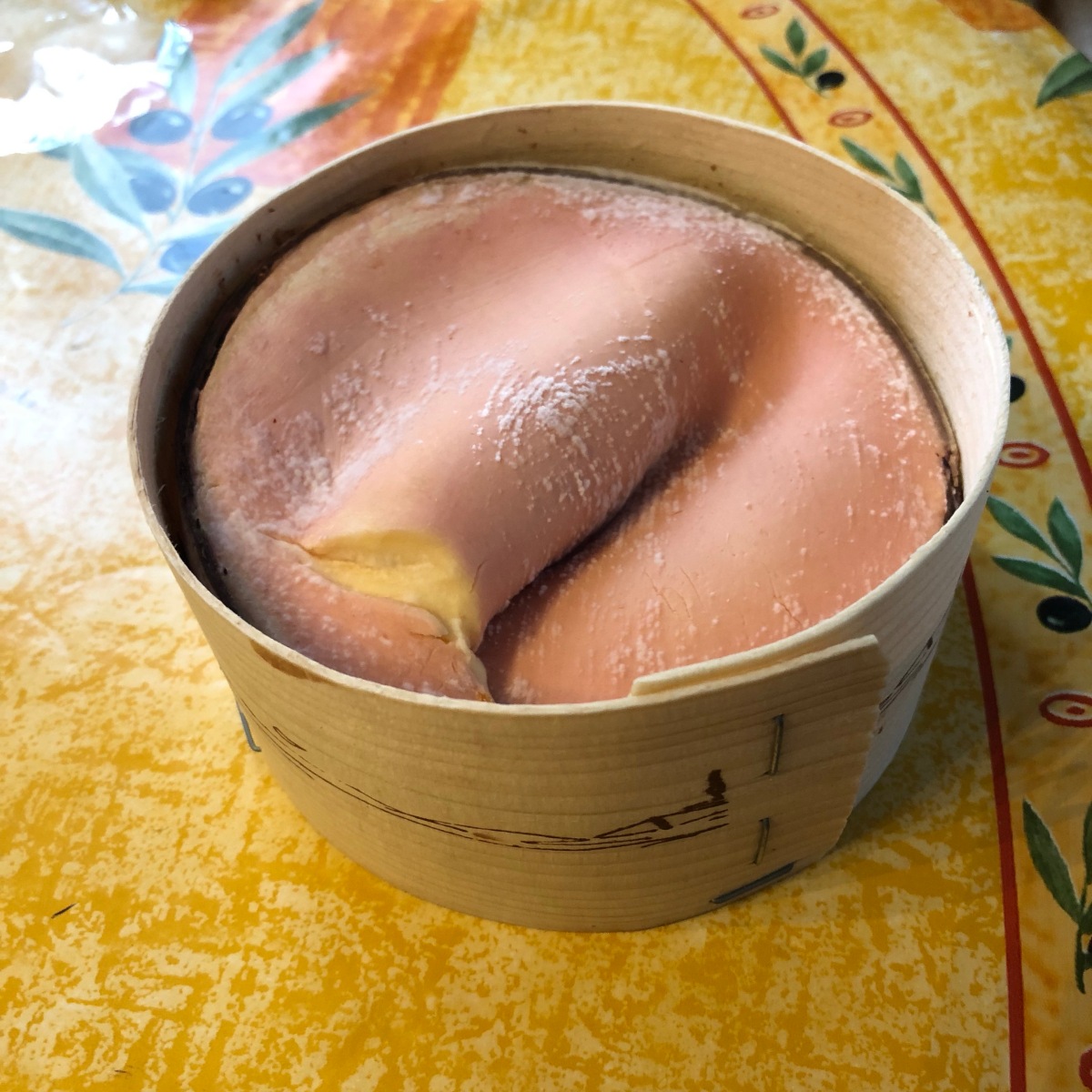 The basic principle of shopping in a marché (market) is this: look for the longest line, and get in that one.  If there are lots of little old ladies in it: all the better.

So, it’s my turn at the chosen fromagier’s kiosk, and madame is weighing my little Vacherin.  Because there are tons of people in line behind me, I’ve got my money right there in my hand, waiting to pay as soon as I have the goods in hand.  Seulement voilà (the thing is), when the fromagière tells me the price, it turns out to be twice what I thought I remembered from last year.  Expecting everyone in the file d’attente behind me to be groaning at my idiocy in not being prepared to pay, I dug out my wallet and started digging through it frantically.  Relax, it’s Sunday, said the nice lady behind the counter.  (If it’s in italics, in happened in French.  But, this gentleman in line behind me, this lady–I don’t want to inconvenience them.

Explain to me again why you think that French people are rude??

The reason that I hadn’t boughten a Vacherin for a year: it’s a winter cheese.  (Boughten discussed in the English notes below.) Yes, cheeses have seasons, and this one shows up around the time that the days start to get depressingly short and you wonder whether or not you can find last year’s gloves.  According to my copy of Marie-Anne Cantin’s Guide de l’amateur de fromages: Il est de nos jours un des rare fromages saisonniers.  (The kid at the fromagerie that I usually go to–it’s about a 20-second walk from where the firing squads used to do their thing up against the wall of the Fermiers généraux, as recently as 1871–told me one day about some of the tricks that are now used to get sheep to produce milk outside of the lambing season.  It’s not cruel, but not exactly appetizing, either.)

Also known as Mont d’or, I think it’s hyper-bon, and apparently a lot of other people do, too, because at this time of year, it’s stocked more heavily than anything else.  As you can see in the photo (taken on my kitchen table), it comes in a box (and it must come in a box), and the box is made of épicéa (spruce) (and it must be made of épicéa).  Cantin says that it’s from the spruce that the unusual taste of a Vacherin comes.

As you can see from the picture, a good Mont d’or has undulations on the surface–des vagues (waves), Cantin calls them.  It’s a very soft cheese, to the point that if you a buy a larger one, it typically comes with a wooden spoon–indeed, you can just scoop it out, and it spreads easier than butter.  (One of my friends insists that the only way to eat a Mont d’or is to pour some white wine on top, put it in the oven for a bit, and then pour the melted cheese over boiled potatoes.  Cantin sees it my way, though, and what my friend doesn’t know, won’t hurt her.)

In the time that it’s taken me to write this post, I’ve eaten approximately 25% of my Vacherin, and you know what?  I don’t care.  The other day I calculated how many more weekends I have to live: 680.  Probably sounds morbid, but it inspired me to work not more than, say, 30 minutes all of this weekend, which happens, like, never–did you calculate how many weekends you have left yesterday, and if not, what did you do this weekend?  Carpe diem, baby!

le vacher : cowherd.  Le vacherin était autrefois le fromage des vachers.  As Cantin explains this: back in the days, comte was made in the mountains while the cows did their summer grazing.  In the winter, the cows would be back in the stables, and the milk quantity and quality decreased.  Additionally, the roads could impassable.  So, rather than taking the milk to a cheese-maker, the farmers made their own cheese out of it–hence Vacherin being a vacher’s cheese.

boughten: yes, boughten is English.  More commonly, it’s bought, but you will run into the boughten form in some dialects–the Midwest and the Northeast, mostly, I think, although I couldn’t swear to that.

16 thoughts on “The basic principle of shopping in a market”