The last duel in France leads to a discussion of syntactic theory, ’cause that’s how I roll. 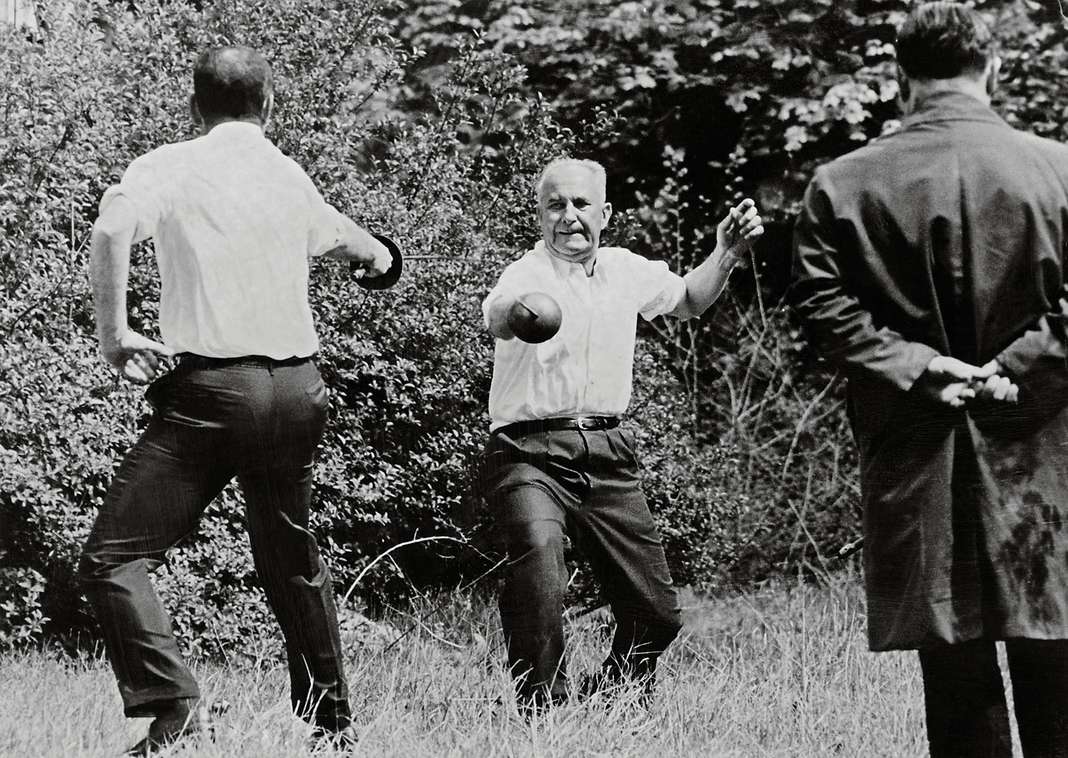 Wanna watch the last duel in France?  Here you go.  Scroll down past the video for an excerpt from an article on the topic from Le monde and the definitions of some of the French vocabulary therein.

The article in Le monde: click here.  Some relevant vocabulary:

l’hôtel particulier : like a château, but it’s in a city, versus being in the country, and it could just as well be owned by a bourgeois as an aristocrat–I think it’s actually more likely to have been owned by a bourgeois, at least in Paris.  Don’t quote me on this.

wanna: the written form of the contraction of want + to.  One of the interesting things about this contraction is that it is only possible in specific syntactic contexts, and is absolutely impossible in others.  This lets you distinguish between the following.  Suppose that the following situations exist:

In situation number 1, if you want to ask someone which of the horses they would choose were they to win the contest, you could ask the question in either of two ways.  The second one is more casual, but they are both completely acceptable from a linguistic point of view:

Which horse do you want to win?

Which horse do you wanna win?

Which horse do you want to win?

Google the quoted phrase “which horse do you wanna win” and you will get 5 results, all of them in Japanese.  WTF, you’re wondering…

What you’re seeing in the Google results is sentences that illustrate interesting syntactic phenomena.  Most of the literature on syntax is written about English syntax (blame Chomsky), mostly by (notoriously monolingual) anglophones, and the classic examples in the field are hence mostly in English.  (Actually, the only classic non-English examples that I can think of are in Swiss German–more on that another time, perhaps.)  The which horse do you want to/wanna win sentences are used in classic transformational-generative grammar to argue for the existence of something called a trace.  This is held to be something that is present in the structure of the sentence, but that is not observable–the claim is that you can’t “see” it, but it’s there.  What is that “it”?  The idea is that underlying those two sentences are two “deeper” forms:

(Linguists in the audience: yes, I am simplifying this for didactic purposes–no hate mail, please.)  In both cases, the bracketed [the horse] goes away; in the second case, the “trace” that is left behind blocks the contraction of want + to to wanna. 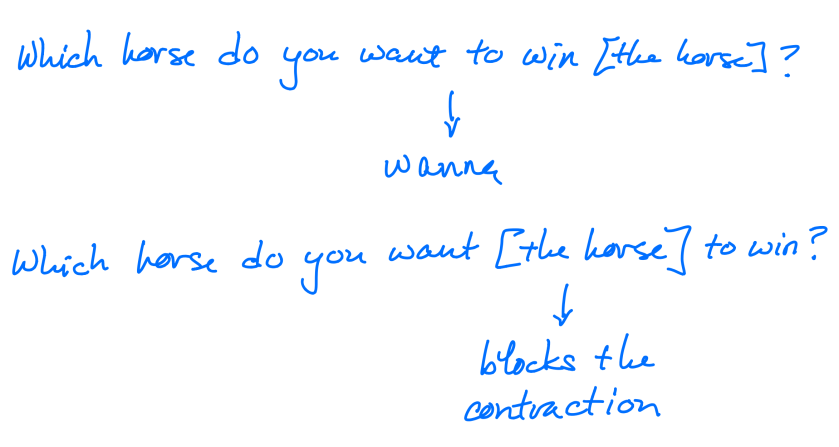 Now, I know what you’re thinking: It’s obsessing about things like this that keeps Zipf from ever getting a second date.  …and you’re right, I imagine.

8 thoughts on “The last duel in France: traces in syntax”