Could life be more random?  I certainly don’t know how.

Could life be more random?  I certainly don’t know how.

What does it even mean to be “random?”  From a technical perspective, randomness exists when every “outcome” has an equal likelihood of occurring.  For example: you flip a coin.  There are two possible “outcomes” of the coin toss: heads, and tails.  The chances of heads: 50%.  The chances of tails: 50%.  50% = 50%, so each of the two outcomes has an equal likelihood of occurring.  It happens that in language, there is very, very little that could be described as “random”–bring up the topic of centaurs, and the likelihood of the word horse occurring is a hell of a lot larger than the likelihood of the word ICBM occurring.  (Technically, this is a lack of conditional independence.  More on that another time, perhaps.)

Life, though–life feels pretty damn random.  Is it, really?  It depends.  Certainly we have mechanisms for telling ourselves that it isn’t.  Your friendly neighborhood tarot reader pulls a card out of a shuffled deck: random event, or the Powers That Be sending you a message?   Roland Barthes gets run down by a car: random death, or divine punishment?  (Or assassination?)  Conversely, we often rely on it being, in fact, random.  You and your mates draw straws to decide who has to clean the lube oil settling tank that month?  The entire thing is predicated on the idea that everyone in the engine room has an equal chance of drawing the short straw–of the outcome being random.

In general, the words that show up on this blog are the words that I ran into the day before.  When I come across a new word, I record it, look it up, and then make a flash card for it the next morning while I’m having that first cup of coffee.  Unless you find new words to learn by randomly flipping through dictionaries, you come across lexical items in some context that makes those words more or less likely to occur.  Can you guess the contexts in which I came across these little beauties yesterday? 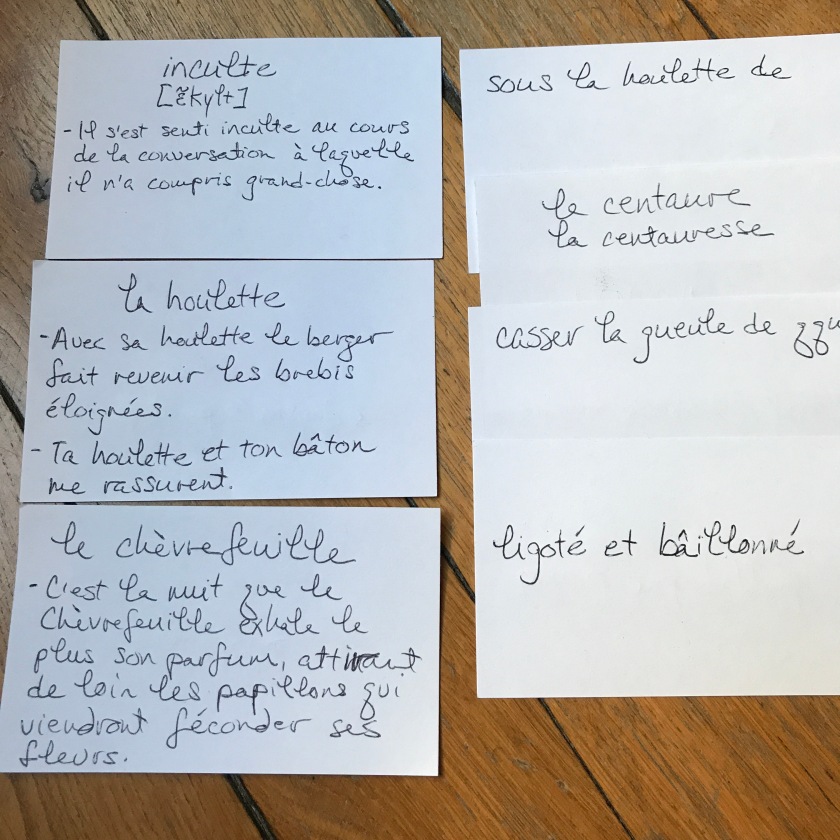 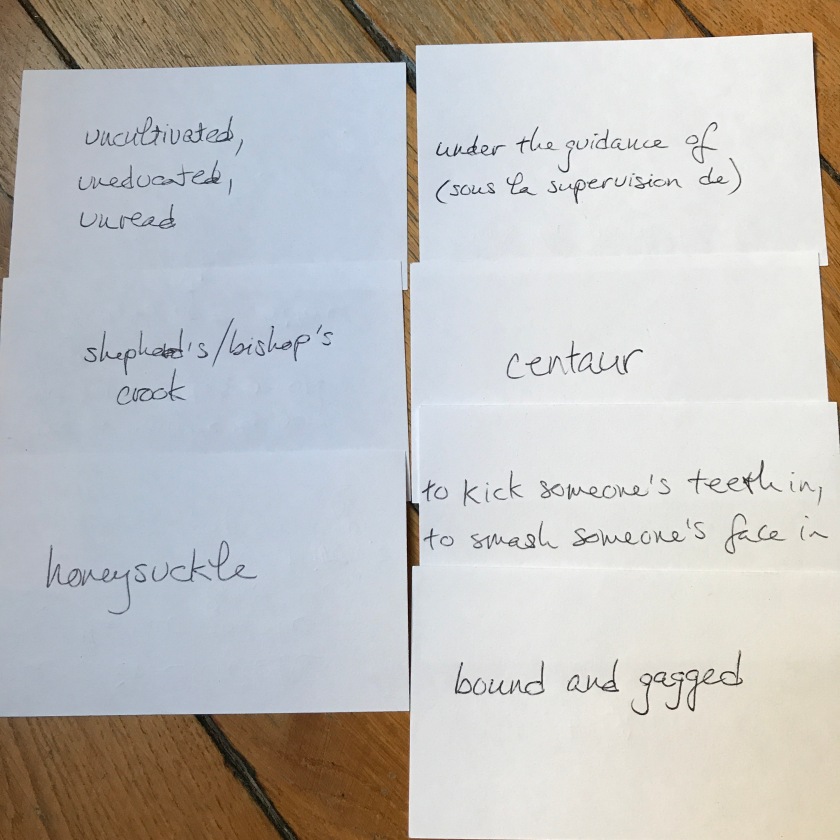