The history of scientific publication suggests that Trump’s travel ban could reduce the use of English as a scientific language. Here’s how it would happen. 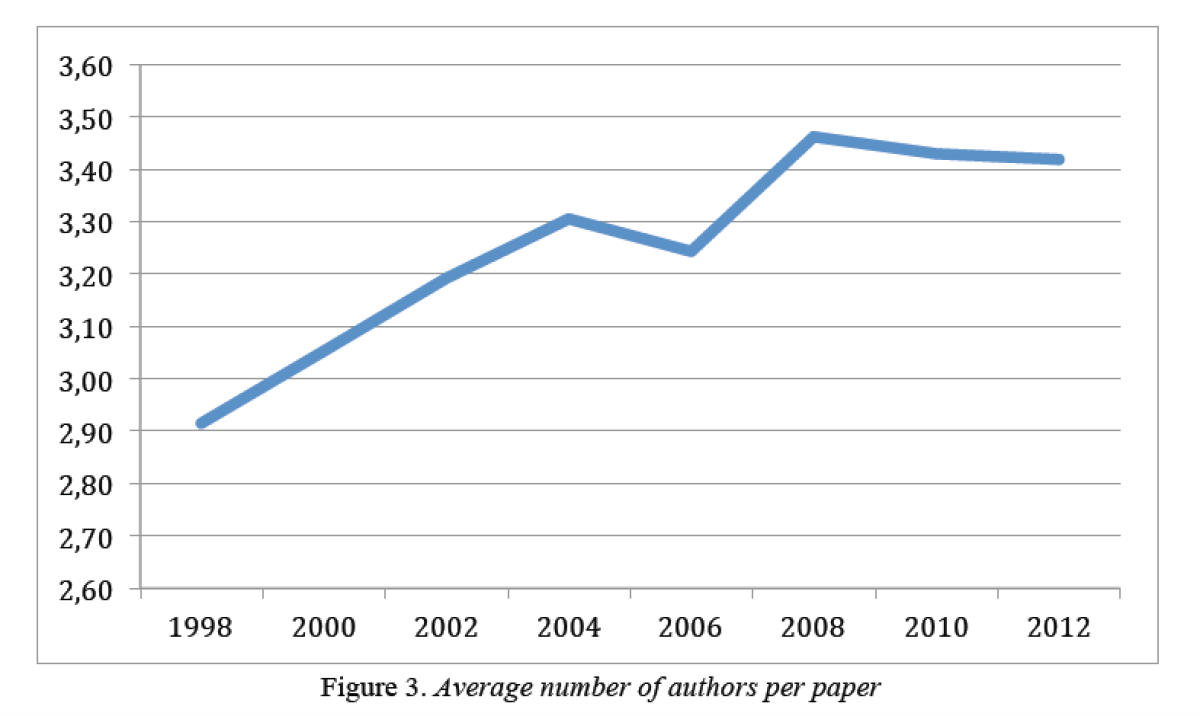 I took organic chemistry in the 1980s.  Our very American professor enjoyed throwing the occasional German terminology at us.  What? You don’t speak German??, he would tease us.

It actually wasn’t that far-fetched of an idea.  (Far-fetched explained in the English notes below.)  Germany was a powerhouse in the early development of the science of chemistry, and German was the language of publication of a significant amount of the chemical research literature for a large chunk of the 20th century (and even more in the 19th).  Doctoral programs have traditionally required the demonstration of a certain amount of foreign language proficiency, and it wouldn’t have made much sense for our professor not to have studied German as one of his foreign languages while getting his PhD.

Today, German is not a player in the world of scientific language.  A lot of things contributed to that outcome.  Its decline started during the First World War; its use as a language of scientific publication picked up in the inter-war period, and it actually wasn’t much affected during the period of the Second World War, but it slowly dropped off after that, with English picking up all of the slack.

As Michael Gordin explains it in his surprisingly interesting Scientific Babel: How Science Was Done Before And After Global English, of the changes that the Second World War brought to the status of German as a scientific language:

…the most immediate and perhaps the one with the longest-lasting consequences [was] the rupture of the graduate student and postdoctoral exchange networks….One of the most salient indications of the importance of German science [before the war] was the centrality of German universities as the destination of choice for foreign students…. Travel by scientists to and from Hitler’s Germany became much harder.

Gordin describes the outcome of all of this disruption of scientific communication from the older generation to the students:  These networks [of collaboration and exchange of graduate students and post-doctoral fellows] did not reassemble until after the war, and they reassembled with the United States as the hub.  The decline of German as a language of science was not fast–but, it was complete.  In 1920, just under 45% of scientific publications were in German.  By 1970, that number had dropped to 10%.  In the 1980s, when my organic chemistry professor was teasing us for not speaking German, it was the language of publication of under 5% of scientific journal articles.  As of 2005, it was barely above zero.

Fast-forward to 2017, and Trump keeps trying to make good on his campaign resolution to do the most un-American thing imaginable–to keep people out of the United States on the basis of their religion.  (Muslims, at the moment, but it could just as well be Catholics, or Jews, or Jehovah’s Witnesses, or Mormons, or Hindus, or…)  The effects of this have been far-reaching, on every level from the very personal (say, my friend’s father–he’s a green card holder, and the United States is his home, but he went back to Iran to visit family and was not allowed to board his plane back to the US) to the macroeconomic level (reasonable estimates of job losses if he manages to get his unconstitutional crap past the judicial system range from just over 50,000 to just over 130,000–see here for a nice analysis).

In my little corner of the world–scientific research–the effect has been to call into question the ability of Americans to have international collaborations.  Here’s the thing about my field–computational linguistics, which in the case of myself and my colleagues, we use to do things like predict epilepsy surgery candidates, find targeted cancer therapies, and understand suicidality: nobody works alone.  There are almost no “single-author” papers in our field–that is, research work that’s published by just one person.  Here’s some data from a study on publication patterns by Joseph Mariani et al. of the Laboratoire d’Informatique pour la Mécanique et les Sciences de l’Ingénieur:

[T]he number of papers with a single author was 11% in 1998 and went down to 3% in 2012, while the number of papers with 3 authors or more was 70% in 1998 and went up to 82% in 2012. This clearly demonstrates the change on the way research is conducted, going progressively from individual research investigations to large projects conducted within teams or in collaboration within consortia, often in international projects and programs.

This is why you’re reading blog posts that I write from all over the world: I travel so much because I work with people everywhere.  At the bottom of this post, there’s a list of the countries of origin of the people with whom I have current, ongoing collaborations: there are 25 of them.  (That’s 25 countries, not 25 people.)  That’s not an unusual number–that’s just how science happens these days.  And that’s a good thing: there’s lots of reasons to think that the more people are involved in a research project, the better the quality of the research will be.  It’s not a too-many-cooks kind of thing.

So, what does Trump’s travel ban mean for science?  It’s a big, fat problem.  Part of why I am a very productive researcher–over 100 publications to date, and a system in use in a neurology clinic right at this moment–is that I can freely bop around the world to work with people, and they can freely bop around the world to work with me.  Seulement voilà, the thing is: even while it’s being held up in the courts, the Molester in Chief’s attempts to ban travel are choking scientific collaboration.  People think twice about coming to the US these days, and people in the US think twice about leaving for fear that they won’t be able to get back in.  My last post talked about the specifics of how just one little linguistics conference is trying to cope with the issue; for a broader perspective, here are some news stories on the topic:

Where can this lead?  As Kevin Murnane recently put it in Forbes:

Science will not wither and die because Donald Trump preaches fear and his response to fear is to pick up the welcome mat, lock the doors and windows and hide inside.  What may fade, however, is the position the US has long held as a world leader in science as scientists from all fields look to other countries where freedom of thought and the free exchange of ideas is not curtailed….

—Kevin Murnane, “Trump’s travel ban threatens to turn the US into an international scientific pariah,” Forbes.com

One of my colleagues, a major figure in computational linguistics for some years, put it more succinctly: I’ve said for decades that U.S. world academic leadership was only thanks to the effect of WWII on Europe, and was not guaranteed to last.  This is the opposite of what Trump promised to do–“make America great again.”

The title of this post, Achtung Baby, comes from the U2 album of the same name.  Personally, I don’t use the term “Nazi” to refer to Trump–I reserve “Nazi” for people who are willing to put children in gas chambers.  Nonetheless: ignoring the similarities between the damage that Trump is trying to do to English-language science and the damage that the Nazis did to German-language science would just be stupid.  Below you’ll find English notes, and for thoroughness, a list of the countries of origin of the scientists with whom I, personally, have collaborations, just to show you what the scale of the matter is.

Just to give you an illustration of how large of a role international collaboration plays in how science is done today, here’s a list of the countries of origin of scientists with whom I, personally, have collaborations, many of them going back years.  For context: I am a US citizen on the faculty of an American medical school.