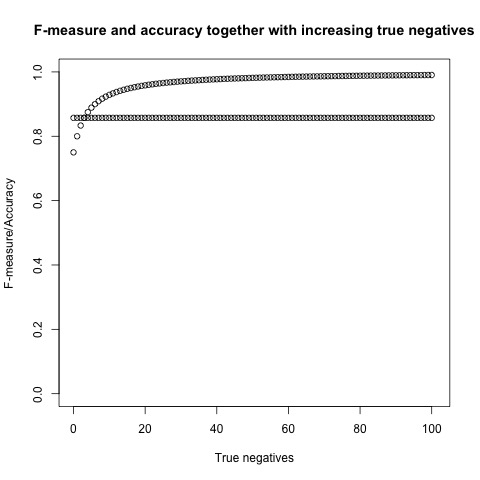 5:01 AM Wake up.  Check phone to see if Trump launched a missile strike last night because a teenager made a web site where you can watch a kitten scratch his face and his feelings were hurt.  (Remember how he used to say that Hillary isn’t “tough enough?”)  Lie in bed for half an hour listening to the news and trying to get back to sleep.

5:30 AM Get up.  To the balcony with coffee and a cigarette.  Wonder if the drunk guy staggering down the street is “your” drunk.  (Fascinating guy–gave me a long lecture the other day on the differences between Western European and Eastern European Roma, with statistics.)  Make sure you have passport & French visa.

5:39 AM Check email.  Find a web site that lets you tinker with minor changes to variables and watch the level of statistical significance go up and down.

6:00 AM Alarm goes off.  Be happy that you’re half an hour ahead of schedule.

6:20 AM Realize that you have a plane to catch and you’ve just spent 40 minutes tinkering with minor changes to variables and watching your level of statistical significance go up and down.  Into the shower.  (Sous the shower, in French–I still struggle with this.)

6:30 AM Start downloading TV shows onto your phone.

7:06 AM Realize that you have a plane to catch, and you’ve just spent 36 minutes downloading TV shows onto your phone.  Charge spare battery while you empty the refrigerator.

7:30 AM Update Gmail Offline.  Check to see if Trump has launched a missile strike to distract from yet another revelation about members of his campaign being unregistered agents of foreign government, and a hostile one, at that.  (Remember when he always called her “Crooked Hillary?”)

7:35 AM Make sure you have your passport.  Pack paper to edit on the plane: semantic relations in compound nouns.  Download another TV show.

7:40 AM Pack gifts: poster of a skeleton playing a banjo that you bought from a bouquiniste for your father.  Camembert box and a snail tray for your mother.  Mustard for an ex.  Remember to pick up macarons and salted butter caramel at the airport.  Pack another paper to edit on the plane: inter-annotator agreement and linguistic data.

7:45 AM Stick the clothes that you pre-packed last night into your suitcase: only two days’ worth, ’cause this is a passage éclair, plus you have spare clothes pre-positioned in Denver–must pre-position stuff when you live out of your suitcase.

7:53 AM Empty ashtrays.  Check news again to see if Trump has launched a missile strike because he’s pissed that he can’t violate the Constitution by discriminating against people because of their religion.   Empty trash.  Make sure you have your passport.  Second pre-flight glass of water–blood clots suck.

8:33 AM Realize that you’ve just spent 33 minutes having a discussion on the phone of how to say “awakeness” in French–and you have a flight to catch.  Hang up and shave–I look disreputable enough as it is, and getting on a plane unshaven just isn’t a good idea if something should happen to go wrong with my ticket/seat assignment/United club membership/whatever.

8:55 AM Pre-flight back stretches.  Sucks getting old…

9:20 AM Time to head to the airport.  Realize on your way out the door that you almost left your iPhone headphone adapter on the kitchen table, without which your 15-hour trip to the US would be hell since Apple’s stupid iPhone 7 redesign.  First World Problem, I know–but, still: flying without the ability to listen to podcasts is miserable.  Make sure you have your passport.  Carry your luggage down the stairs.  The big suitcase first, before your legs are exhausted.  Suitcase in your left hand even though that’s the side of your back that hurts, so that you can hold on to the railing on the tight, tight, tight circular staircase of your poor-man’s-Hausmannian apartment building.

9:24 AM Look for a taxi cab, because you see the taxi cab drivers’ point of view in the whole Uber issue.  As usual, there’s no taxi, so duck into a side street and call Uber.  While you’re waiting, look up at your apartment and hope that the zombie apocalypse doesn’t start while you’re gone, because Paris is definitely going to be a better place to survive the zombie apocalypse than where you’re going.

Now, I know what you’re thinking: what kind of sick bastard spends 40 minutes on a web site that lets you tinker with minor changes to variables and watch the level of statistical significance go up and down?  Well: you should spend a little while watching statistical significance levels go up and down as you make minor tweaks in variables.  Ever hear someone claim about how they’ve given up trying to follow the news about health or science because it seems like what’s good for you one day is bad for you the next, and then good for you again the next, and eventually they just give up and stop listening to the science and health news?  Well, in fact it’s not the case that caffeine, or meditation, or oatmeal was good for you one day, and then it wasn’t the next.  Rather, some thing can be true in one set of conditions but not in another.  Even given the exact same data, the way that you frame the research question and do the analysis can have crucial effects on the statistics of the results.  It’s not like people are running around deliberately manipulating their data or their analysis–often, it just isn’t clear what the relevant conditions are for your experiment, or how exactly you should be framing the research question, or how exactly you should be doing the analysis.  Take 5 minutes to go play with this web site, where you’ll find data on the US economy going back to 1948, and a bunch of options for analyzing it.  Then we’ll talk about the difference between the paper that the economist writes about this data, and how an economics journalist will talk about those research findings in the newspaper.

You’re back?  Great.  Let’s talk about what you saw.

You were working with the same data the entire time–the facts never changed.  What you changed by making different selections was the way that you framed the question and did the analysis.  This is hidden to some extent by the way that the web site explicitly frames the question: Is the US economy affected by whether Republicans or Democrats are in office?

Now: how is that going to be reported in the newspapers?  There are a number of possibilities–and, one important way that it won’t be reported.

What to do?  This: understand that when you read about a scientific result–or any study that involves numbers, for that matter–in the paper, it’s always more complicated–and almost always less clear-cut–than it sounds.  Look at the overall picture.  Ask yourself questions like the ones that we’ve asked ourselves here: which population, exactly, did the researchers look at?  Out of all of the things that they could have measured, what did they measure?  How many subjects did they have?  You may not be able to design an experiment–really, we spend our entire careers trying to get really good at that–but, you can ask yourselves this kind of basic question about pretty much anything that you read.  Try it–it’s empowering!

One thought on “Leavin’ on a jet plane: how to read a newspaper story about research”