I thought how horrible it would be to kiss someone whose beard smelled of anchovy pizza. 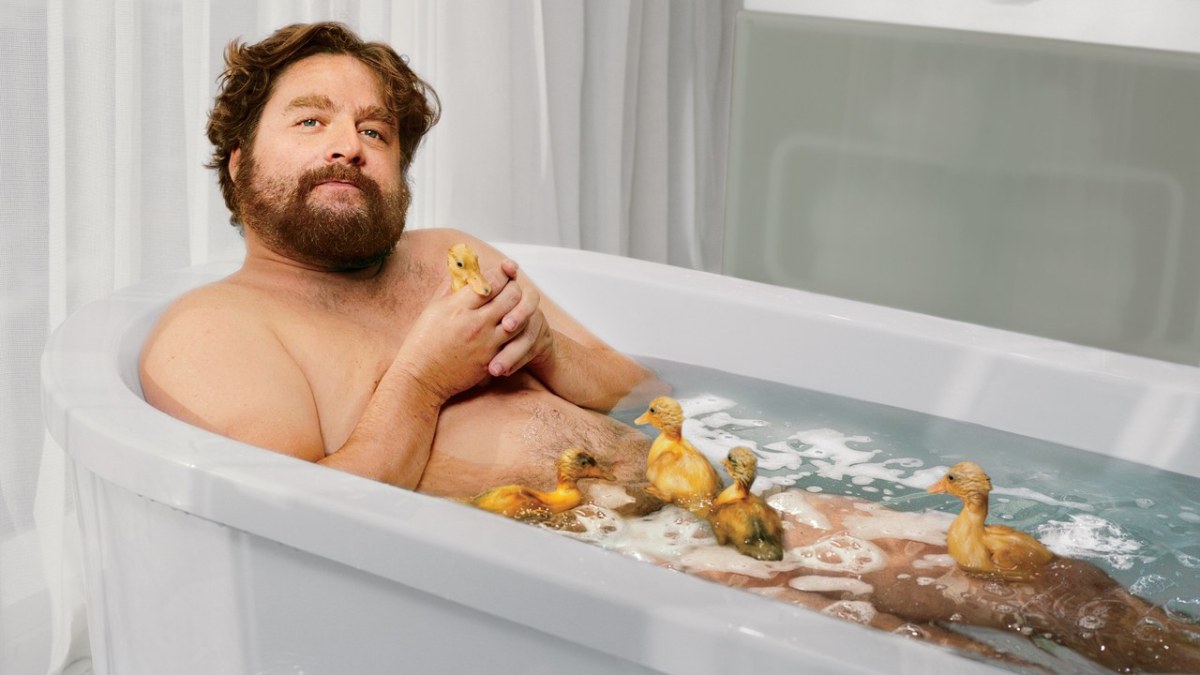 The adventure of the moment has me in Philadelphia, one of the great eastern cities of the Colonial era, where I have the privilege of spending the summer as a guest of the Health Language Processing Laboratory of the University of Pennsylvania School of Medicine.  I’m living in a dormitory on the edge of the campus, which is a beautiful part of town–a beautiful part of town that borders what we call in French a quartier sensible.  In plain English: a shitty neighborhood.  The grocery store that I go to is right on the border between the two, so the clientele is a mix of two very different populations: hip young college students and faculty, and the kinds of people who live in shitty neighborhoods.  (Word to the wise: don’t go past 45th Street.)

So, yesterday I’m standing in line in said grocery store.  In front of me is a smart-sounding young woman.  Being an American, she’s talking on her cell phone.  Being an American, she’s talking loudly enough for everyone else to hear.  Being American, we’re all listening.  (In France, we do not have loud conversations on the phone in public–rude, rude, rude.)  She’s talking about what medical specialty she’ll be going into–it’s clear which side of the border she’s from.

In the line next to us is an old dude who clearly is from the other side of the border.  He stands in line with his hands behind his back.  Being an American, he’s fat.  Ratty jeans, and his nasty t-shirt reveals a jailhouse tattoo on his arm that says FTW, which for those of us of a certain age stands for Fuck The World.  His beard looks like it probably smells of anchovy pizza.

The smart-sounding young lady is talking about what medical specialty she’ll be going into.  Funny thing is, she’s not just talking about it–she’s apologizing for it.  Mom, dermatologists help people, too.  I mean, at least in small ways, we can affect their lives a little bit.  …No, it’s not like saving lives all day in the emergency room, but we can make a little bit of a difference for people.

So, I’m standing there in line, and I notice something: my favorite soap is on sale for a dollar off.  Computational linguistics is not nearly as remunerative as one might think, and that dollar off could be translated into the luxury of a cup of coffee, so as the smart-sounding young lady says her goodbyes and hangs up, I think: I’m getting out of this line and I’m grabbing a bottle of soap, and the wait be damned.  Then the nasty-looking old dude with his hands behind his back says something, and I think: hearing this one out is going to be worth spending an extra dollar for a bottle of soap–stay right where you are.

For the first time, she looked at him, right in the face.  I’m guessing that she was thinking something like I was thinking: nobody as ancient as this old fuck has a living grandmother.  What the hell?

She looked at him for a while.  You could see the wheels turning.  And then she smiled, too.  Thank you, she said.

She paid for her groceries, and left.  The old fuck turned to put his groceries on the counter, and I saw what was in those hands behind his back: a book about existentialist perspectives on psychoanalysis.  I looked at his FTW tattoo.  I thought how horrible it would be to kiss someone whose beard smelled of anchovy pizza.  I bet his dead grandma didn’t mind, though.

Can someone explain to me in plain English, how the fuck can you believe general Theo Magath gives a shit or two for Paradis and Walldians?

Why the heck are we portraying HIM as a hero and Zeke the villain? Have you forgotten what MARLEY is all about???

Idea: quiz show where engineers have to describe things in plain english and “non engineers” buzz them out if they use jargon / don’t explain clearly.

The car rental industry is synonymous with poor customer service and badly-worded policies. It is time it started communicating in plain English for the benefit of customers https://t.co/e4wApzka6R pic.twitter.com/arrHbhsmGb

funny thing is: …means that you’re about to describe something that is strange about a situation.  Could also be weird thing is, strange thing is, and you could also put the in front of it.  Examples:

Funny thing is you think you’re a bigger asshole than I am, we both know I’m the bully in the relationship 🤒

Funny thing is when I was attempting to learn Korean the first phrase I ever learned was “My head hurts” it was a sign SHHHHH JUST LET ME HAVE IT😭😭 #StrayKidsComeback pic.twitter.com/3BPSGUSQgB

Funny thing is, you make people feel special and happy but once you’re tired of them you tell them you are not ready. Oops. Don’t go around hurting people. 🍵

remunerative: adjective that means that something pays a good salary.  How I used it in the post:

(dollar) off: “Off” here means the amount of a reduction in price.  Examples:

It’s Monday friends. Don’t forget about our Happy hour from 5pm till 6pm, where cocktails and wines are $2.00 off and beers and non alcoholic beverages are a dollar off. We open at 5pm. Look forward to serving you… https://t.co/srwYpuOLPi

It’s hard to have the Monday blues while enjoying a beer on this deck. Better yet- drafts are a dollar off every Monday! Come see us to get your week started on the right track! 🛤🍻🚂#happymonday #mondayfunday… https://t.co/bn1700epjx

to hear something out: to listen to the end of a discourse of some kind–an idea, an explanation.  Similar construction: to hear someone out, which means to listen until they have said all that they have to say. Examples:

I ain’t a sweet son but Popz, hear this out…

Left: Racism is bad
Right: Racism is good
Centrist: Woah now lefty let’s hear this out. We gotta compromise and have some racism.

woulda: in informal spoken American English, “would have.”

sure do + verb: an emphatic construction.  Has a very rural flavor.

Looks like [it] smells of anchovy pizza is a marvelously evocative description, and I wish I could say that I came up with it myself, but I didn’t: it’s from an old Berke Breathed cartoon, where Opus the penguin uses it to describe Bruce Springsteen.

6 thoughts on “We who smell of anchovy pizza salute you”