When’s the last time you saw a dog shoot a bunch of kids at a grade school, or post a video of someone beheading someone else on Twitter, or vote for Trump? 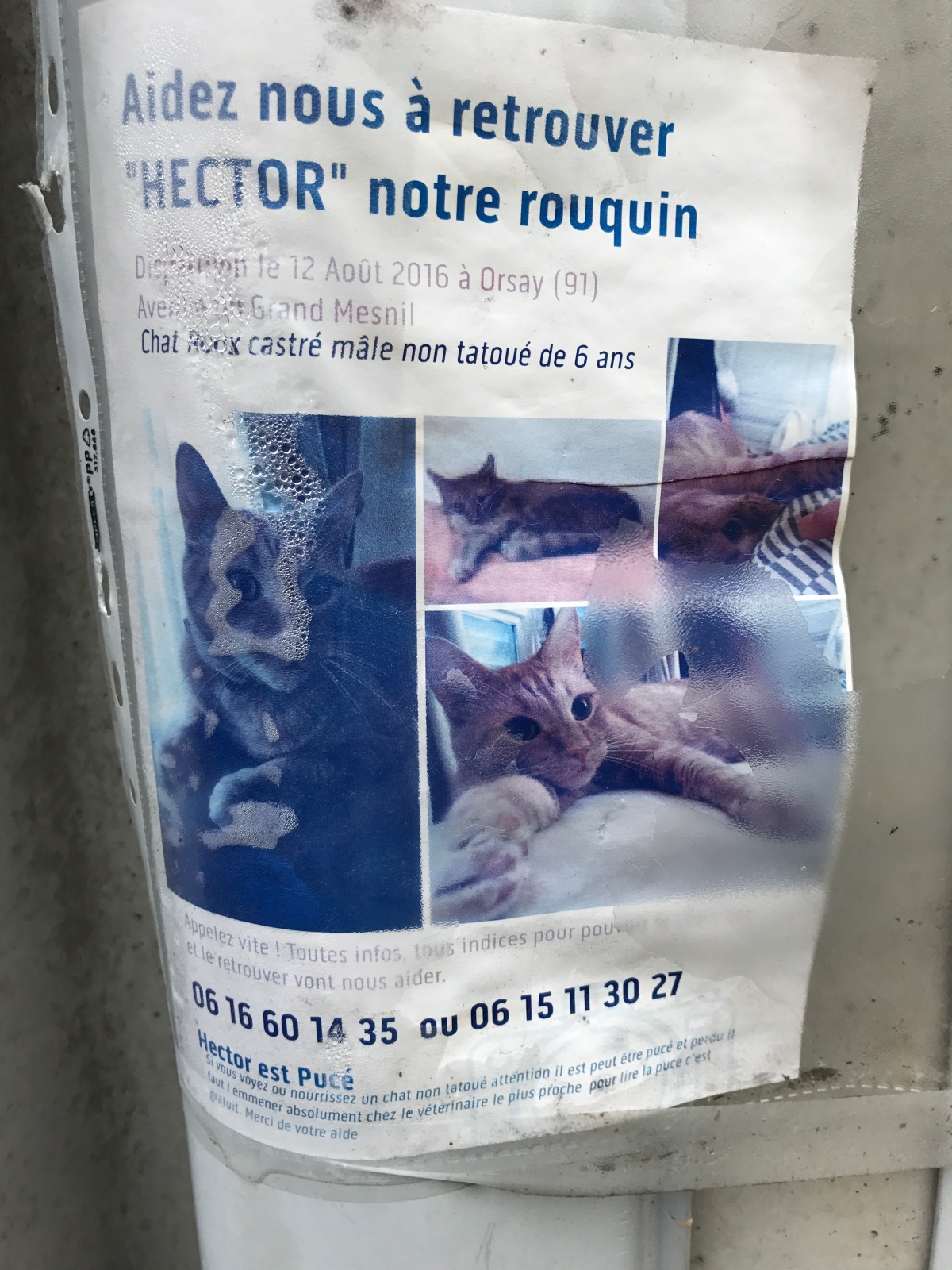 I’m not necessarily that crazy about people, but I like animals.  (Except for man-eating rabbits–I hate man-eating rabbits.)  Seriously, when was the last time you saw a dog or a cat sell a teen-ager drugs, or kill a bunch of kids at a grade school (yes, this happened in the US), or vote for Trump (that happens in the US, too)?   Yes, my dog bit a couple people on the croupion when they walked into the house uninvited.  Yes, my cat once pooped in my favorite sandals.  But, rip off a tourist visiting from a foreign land?  Sell someone a counterfeit Beanie Baby on eBay?  Video someone beheading another living person in the name of God, and distribute it on Twitter? Only a human would do that.

Consequently, when I’m in the US, I carry a leash and a can of cat food in my car.  Dogs love cat food, and when I see an obvious runaway/lost dog trotting down the street, I pull over and offer him a whiff.  I can usually catch them, and I’ve gotten maybe 12 or 15 dogs back to their happy homes in the 20 years (almost) that I’ve been in my current town.

Something that makes this a hell of a lot easier is if people have had their animal microchipped.  In this context, a “microchip” is a little thing about the size of a grain of long-grain rice that a veterinarian injects under a dog or cat’s skin.  They don’t notice it in the least, as far as I can tell.  A veterinarian can wave a sort of wand over it, and it will send off a signal with an identifying number.  The vet sends the number to a company, the company sends back contact information from the owner, et voilà: Spot is home in time for dinner.  It’s quite wonderful, really.

This sign’s been around for a while.  I walk by it on my way to the train station after work.  The effort to get him back to his happy home will definitely be a lot easier than it would have been otherwise: Hector has been chipped.  Check out the poster, then scroll down, and let’s talk about how it’s interesting from a linguistic point of view. 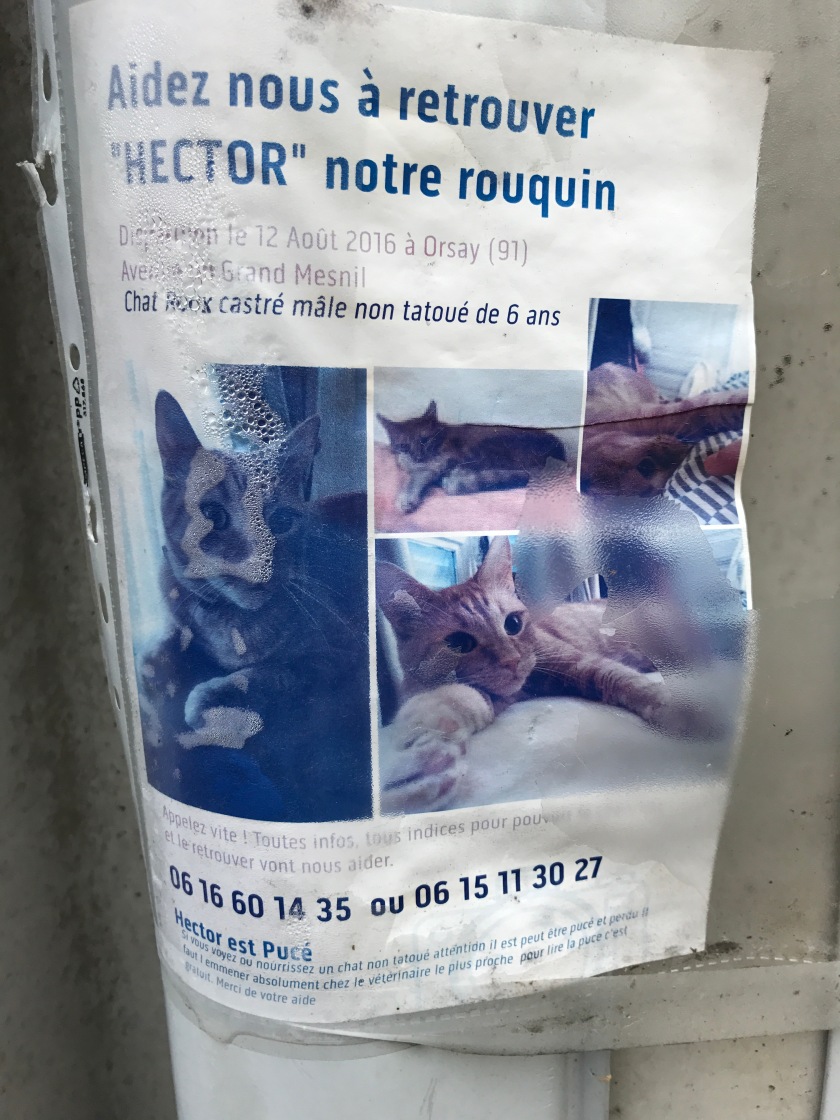 The linguistically cool thing is at the bottom: Hector est Pucé.  What that means: Hector has been chipped.  Now, we know that that’s going to increase the chances of Hector making his way home, but it’s cool from a linguistic point of view, too.  Recall from this blog post that French has a class of verbs that relate to undoing some noxious state of infestation–dératiser (to exterminate the rats in something), dénicotiniser (to remove the nicotine from something), and the like.  The interesting thing that we noted about these verbs is that they share an odd set of characteristics:

Now, puce, the word that is being used for a microchip here (it’s also the word for the chip on your credit card), comes from puce, a flea.  There is a verb épucer, to deflea, which clearly doesn’t fit the pattern of the verbs about which we just talked.  And, here’s an example of pucer!  Certainly the meaning here is to microchip, not to infest with fleas–but, it’s worth a second look and a quick blog post anyway, right?

I hope these folks have found their rouquin, their ginger (in the sense of red-haired).   I’d like to think that he’s found his way home.  If not: I hope he’s happily shacked up with some girl cat somewhere.  It would have to be a purely platonic relationship–in addition to being pucé, he’s also been neutered–but, a lifelong flirtation can be pretty exciting in and of itself.  The French are pretty damn good at that, too.

Want to be amused/horrified by the stupidity of the world?  Go to Google Images, do a search for microchips, and check out some of the “mark of the Beast” stuff that comes up.

2 thoughts on “Microchips and lexical semantics”